In pursuit of the almighty Double Western Cheeseburger, White Pine Living has been relentless in the quest for the truth: is Carl’s Jr. coming to Ely, Nevada? Our journey landed us in Sew Krazy located on Murry Street in Downtown Ely. Sew Krazy’s owner is Mayor, Melody Van Camp.

The Mayor was hard at work when we entered her shop but stopped what she was doing when she learned about our purpose for being there. We explained that White Pine Living is a website created by White Pine County residents who have a heart for bringing positive attention to local attractions and businesses in White Pine County. 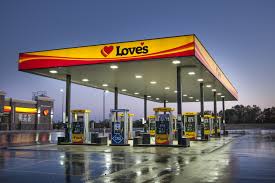 In a previous article, White Pine Living confirmed that a Love’s Gas Station WILL be built in the vacant lot across the street from the Public Safety Building on Great Basin Boulevard.  At that time we had heard rumors that the Love’s would contain a Carl’s Jr. inside.  However, we were not able to confirm or quell this rumor until now!

The Mayor stated, “I signed the parcel map on Love’s and that is what they are telling me right now [that Carl’s Jr. will be built inside the Love’s Gas Station]. Mayor Van Camp asked that we confirm her statement by speaking with Brad Christensen, the City’s Building Official.  Brad confirmed Van Camp’s statements. He stated that the preliminary documents do reflect Carl’s Jr. being built inside the Love’s. Christensen also stated that equipment was scheduled to be delivered today to the site but none had shown up yet. Christensen further stated that he expected construction to begin by July or August of 2016.

That, ladies and gentlemen, is music to our ears! It sounds like we can safely confirm Carl’s Jr. coming to Ely, Nevada is a FACT.